Vicini: “There Will Be Changes In Odecabe” 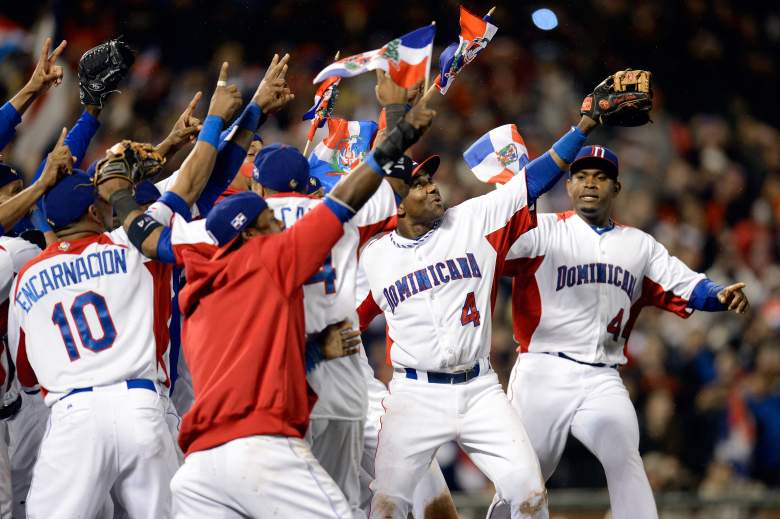 (ATR) Businessman Felipe Vicini, a key personality in the Dominican Sports World, was always spotted in the dogout of the Hispaniolan selection when at the Charros de Jalisco Stadium, or meeting with the players before or after each game of the A-Team II Premier 12.

But before aiming to making it to the Olympics, ProBeisbol achieved its first “medal” by enabling partnerships among the participating entities linked to developing sports nationwide, and that per Vicini’s best judgment, “had not been in contact”.

Vicini descends from a renowned Italian family of great influence in the Dominican Republic, which began upon their involvement in overthrowing the dictatorship of Generalissimo Rafael Leónidas Trujillo, then by helping the economical consolidation and democratization of the nation.

The active involvement as well as wealth of the Vicini family was essential to found private banking, universities, associations and non-profit organizarions, as well as businesses, all of them promoting the country’s developments and new businesses that paved the nation’s way into progress.

Felipe Vicini’s credentials can easily lead to thinking that he is one of those people that without a member seat in the International Olympic Committee, would be beneficial to the Olympic Movement by just having him participate in the many Commissions.

And yet, without forming part thereof, he is a stronghold in his country’s Olympic spectrum. His initiative, “CRESO” backed since its inception by members of the asset management firm INICIA, of which he is Managing Partner, and which exerts an essential role in the goals of the Dominican Olympic Committee (COD).

Vicini, as CRESO Chairman, explained to ATR that the program fosters the athletic, educational and social development of the athletes, so that future model citizens and leaders with a commitment to their country’s progress can emerge.

This is a tripartite effort; the private sector by way of CRESO, the COD and the Sports Ministry”, Vicini stated to ATR.

But this idea – whose sole predecessor seems to be the ADO Program in Spain, which began during the Barcelona ’92 Olympic Games- received quite the boost when Vicini read an analysis done on the number of Olympic medals versus the per Capita population per country, by a British journal after the Beijing 2008 Games.

The article gave the Dominican Republic a good world ranking position. This also stirred up a rush of initiatives in Vicini’s mind, which the very next day he shared with Luisín Mejía, chairman of the COD, when both suddenly ran into one another on a flight to New York.

After the Guadalajara 2011 Pan-American Games, the CRESO partners considered that this exploratory phase had come to an end. It was time to get things going.

“Today, we are investing USD$1.6M in the program, encompassing some 16 Olympic disciplines” Vicini said exactly 8 years later, while back in Guadalajara, and making it the topic of discussion during an interview held in a local hotel, while mentioning several CRESO supporters in this Olympic cycle, the most recent participants – winners and contenders- of the recent Lima Pan-American Games, where the Dominican Republic made 10th place, and championing with a total 40 medals: 10 gold, 13 silver and 17 bronze.

“Of the total 40, 31 were won by CRESO-endorsed disciplines” Vicini said, now with his sights set on Tokyo 2020.

“The upcoming plans will help the organization aim higher and gain a relevant position.

“There’s a value proposition, which I assume will be made public later on. We will try to help as much as possible from the private sector”, Vicini assured.

Vicini also foresaw a significant progress in the Central American and Caribbean Games, as per the ideas shared by Luisín Mejía. In the end, there will be a solid ODECABE, fairer, and more inclusive”, Vicini reflected, after having returned from a trip to Doha, Qatar, and attending the 1st ANOC World Beach Games.

“This project comes at a very opportune moment for the Caribbean nations”, Vicini said, as if another idea were spinning around in his mind.