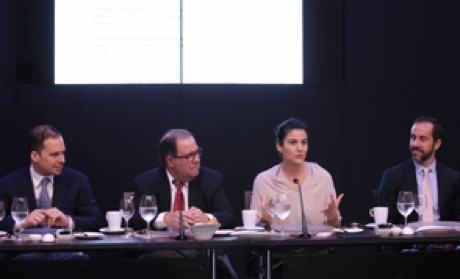 After 140yrs of corporate life in the Dominican Republic, the Vicini family has decided to create a social investment fund that sets private capital to produce and expedite initiatives that will impact the national educational system, in the words of Amelia Vicini, partner and member of the Strategy & Investments Committee.

The fund, which adopts the name of the foundation that till this moment has led a series of successful educational initiatives, has been designed after seven years of thorough research, internal discussions seeking to create a model that will ensure sustainability and create long-term transformations on the D.R.’s negative outcomes in mathematical and science evaluations, the subjects which most impact the GDP per capita.

INICIA will now also be the name for the firm known since 2007 as VICINI, as was announced by Felipe Vicini, the executive chairman of the asset management firm, amid a breakfast meeting held with the media.

INICIA maintains the same structure as VICINI, featuring a board of partners led by the siblings, Felipe, Amelia and Juan Vicini Lluberes, alongside José Leopoldo Vicini Pérez.  “VICINI now INICIA, does not own the assets, it manages them”, as Felipe Vicini thoroughly elaborated through a series of contracts where the firm manages at discretion for its clients.