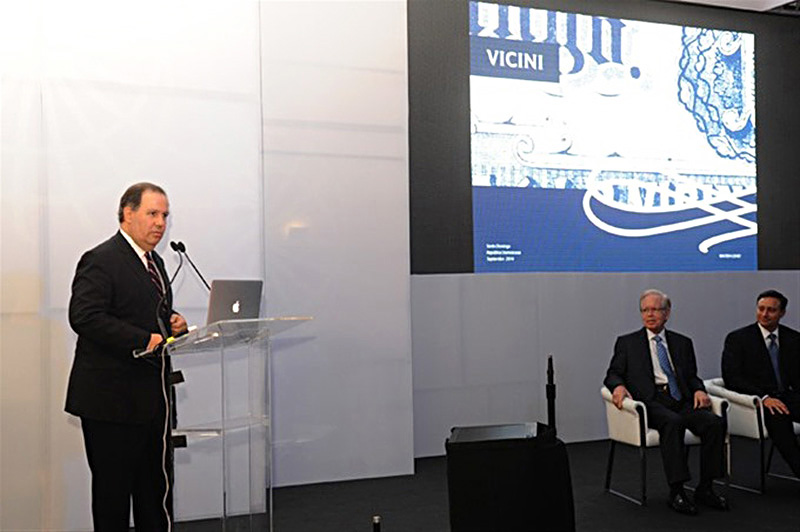 Santo Domingo. Felipe Vicini, Managing Partner of VICINI, ensured that the Dominican Republic is an attractive destination to invest in, given its interesting returns adjusted to risk. Vicini spoke during his session in the First Investment Forum organized by the CEI-RD, which also featured the participation of the Central Bank Governor, Hector Valdez Albizu and businessman José Luis Corripio.

The executive assured that VICINI, the asset management firm he represents, is an ideal partner for investing in the country, characterized for developing companies whom are the recipients of said foreign investments, hence transforming the Dominican Republic into a bridge for regional investments. During his speech, the VICINI executive presented several successful examples of foreign investments that have taken place in the Dominican Republic, managed by his firm, in different economic sectors.

Also, the partnership with Gerdau from Brazil, for the merger between INCA and METALDOM, hence forms Gerdau Meltadom as a leading steel producer in Central America and the Caribbean.

Vicini also pointed out the investment made by Grupo Sura from Colombia, to purchase Proseguros thanks to a proper management given by VICINI to this asset after the successful spin off from Grupo Progreso. Another transaction presented, as an example was the investment made by Grupo Nutresa from Colombia, to purchase Helados Bon.

The main executive of the firm explained the business model VICINI uses to advise investors interested in the best practices and investment formulas in the Dominican Republic. VICINI operates through specialized agents focused in the Northern Latin America Region (excluding Mexico), to add long-term value to investors, clients, partners and associates.