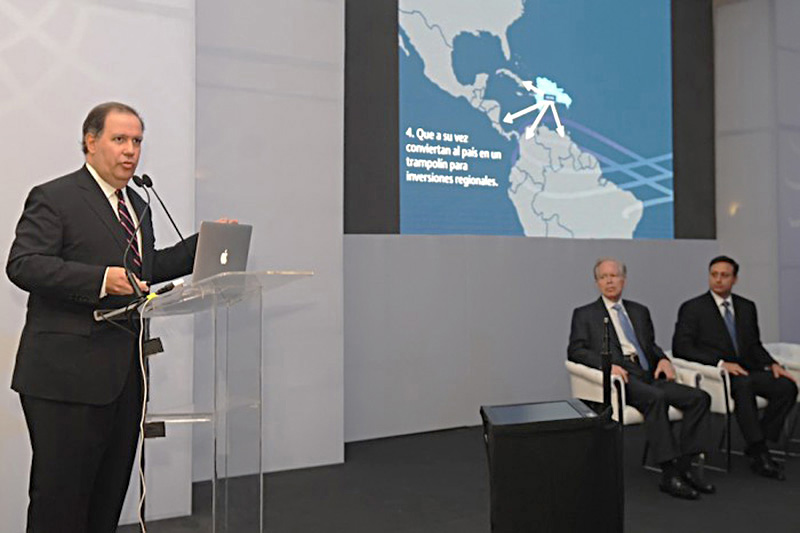 SANTO DOMINGO, Dominican Republic.-  VICINI’s Managing Partner, Felipe Vicini, informed that his asset management firm has channeled a series of foreign capital towards various sector of the Dominican economy. He explained that VICINI has successfully coordinated the influx of several investments, “characterized by developing local companies to be the recipients for said investments and making the Dominican Republic a bridge country for regional investments”.

The executive mentioned examples of different partnerships, such as Colacem, a company from Italy, with views to set up the modern Domicem cement plant in the Dominican Republic. He also mentioned the partnership with Pinewood Indomina from the United Kingdom, to develop the most modern film and television studios in the region, Pinewood Dominican Republic Studios. Another example of a partnership that relied on VICINI’s advisory services was Gerdau from Brazil, to create the joint venture between INCA and Metaldom, hence forming Gerdau Metaldom, as a leading steel producer in Central America and the Caribbean.

The Dominican Republic is today an attractive destination for foreign investment, given it provides very interesting return rates, adjusted to the current market trends”, said Vicini amid his session in the First Investment Forum organized by the CEI-RD, inaugurated this Thursday by President Danilo Medina. During the inaugural session, over 200 businessmen and foreign investors participated, among them the Governor of the Central Bank, Hector Valdez Albizu; businessman José Luis Corripio, among other officials and personalities from the local business sector.

In their website, www.vicini.com, VICINI is described as a private asset management firm which operates through associations with specialized agents, focused on the North of Latin America region, to capture long-term value for investors, partners, clients and associates.