FROM VICINI to INICIA: A 140-year legacy 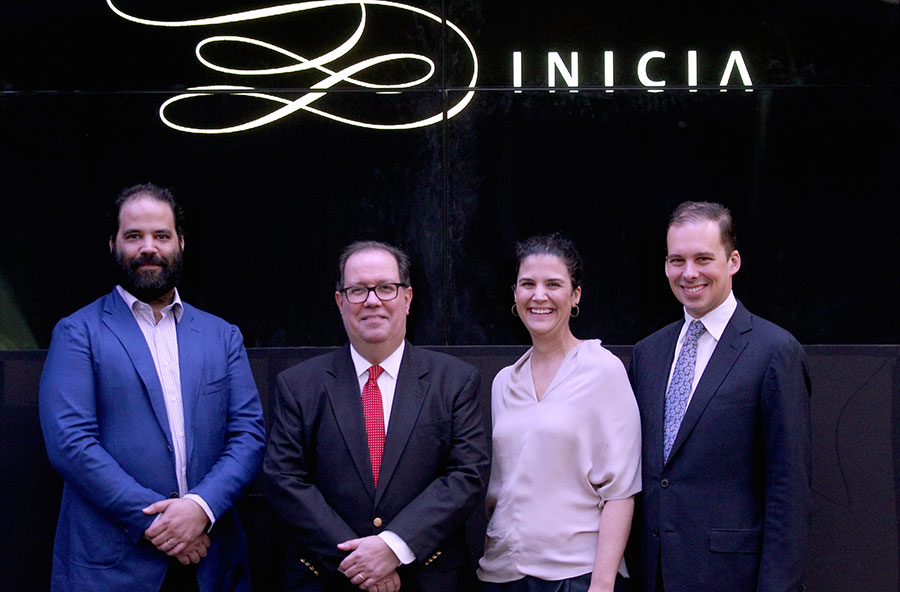 The Vicini Lluberes siblings alongside José Leopoldo Vicini, during the launch of their new corporate identity.

The decision was unanimous. Since day one there was a need to walking under the guidance of a new direction, but no different to the business culture that has distinguished the Vicini family, ever since Juan Bautista Vicini arrived in 1860 from Italy to work in agricultural development.

VICINI, as the firm was known since 2007, previously Casa Vicini, and now INICIA, a name that neither in shape or funding is far from the corporate and family culture it represents. A simple brain and reshaping exercise proves that both names, in essence bears the same spelling forward and back. “A moment would come where we would have to evolve towards this new name”, said Felipe Vicini, Chairman of the Firm during the launch of the new name and new social purpose that follows up on the 140yr legacy of VICINI.

This was clearly understood: INICIA is a private asset management firm that operates through partnerships with specialized partners in the NOLA Region, aiming to create long-term value for investors, clients, and associates. Upon speaking, the executive, entrepreneurship has been one of the inherited traits from his predecessors.

“We were born in the Dominican Republic in 2007, under the name VICINI, with sights set on managing the Vicini family investments, which are backed by a 140yr legacy of entrepreneurship, unity and family experience surpassing 4 generations” as is stated in the institutional website.

The presentation of the new name was headed by Felipe and Amelia Vicini, José Leopoldo Vicini and Campos De Moya.

“There is no structural or institutional changes. The strategy remains the same, it is just an evolution process. We are zealous with the Vicini surname”, so said Felipe Vicini upon referring to the meaning, and the process through which they decided to change to INICIA.