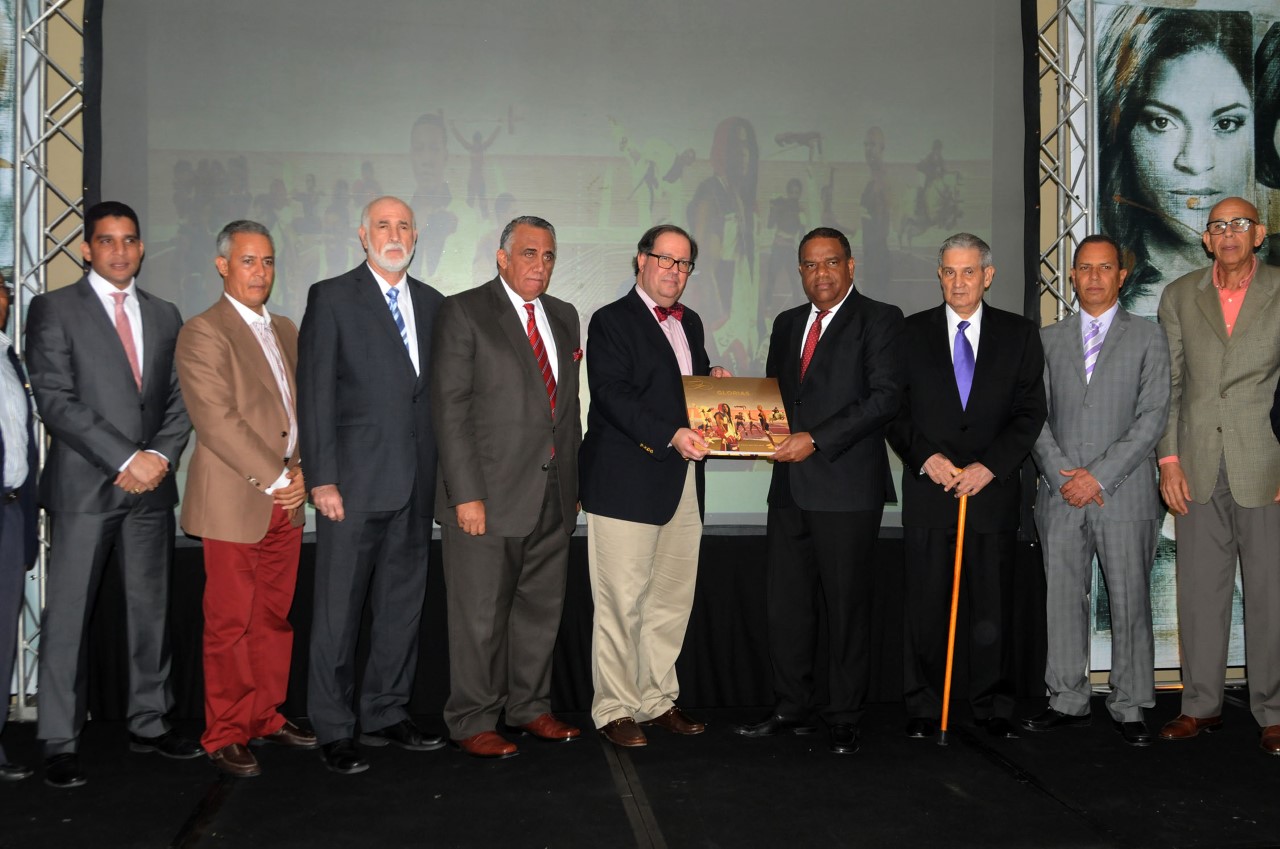 THE BOOK “GLORIES GOING FOR GOLD” WAS LAUNCHED ON TUESDAY NIGHT, AT AN EVENT HOSTED IN THE PIANTINI HALL OF THE J.W. MARRIOTT HOTEL

The CRESO program (*Spanish for Creando Sueños Olímpicos) (Creating Olympic Dreams) launched the corporate book “GLORIES: Going for the Gold”, a compendium which comprises the 70-year history of the Dominican Republic in all Olympic Games.

The book was launched last night, during an event hosted in the Piantini Hall of the J.W. Marriott Hotel, headed by Mr. Felipe Vicini, CRESO Chairman.

A plethora of personalities attended the event, as testimony of its significance.

During his presentation speech, Vicini stressed the value of the book’s content, a luxury-edition compendium, which comprises the entire history of the Dominican athletes that have made our nation proud in the Olympic events, but more especially to the Summer Olympic medalists. “Each of these athletes have made us proud”, Vicini said, after emphasizing that it is their accomplishments, which drives us “onward”.

He quoted several past and present leaders, such as Frank Hatton, Juan Ulises (Wiche) García Saleta, Emil Kasse Acta, Roque Napoleón Muñoz, José Joaquín Puello, Luis Mejía and other renowned Olympic leaders, for their devotion and commitment in the best interest of the Dominican Sports Organization.

Vicini highlighted that all throughout these 70 years, the Dominican athletes have allowed us “live the dream through moments of glory”, and that the publication was precisely that, a tribute to all those breathtaking moments.

The book gathers some 400 medalists. “Our athletes, are a national pride”, Vicini said.

“Sports and education are the key to buidling a better nation”, Vicini expressed, stating that the Dominican athletes are “a role model worth emulating” in society. He also spoke of an agenda and historical events throughout the trajectory of Dominican sports. The agenda also features a full color hardback luxury edition print.

During the event, Luisin Mejía Oviedo, chairman of the DOC also spoke, commending the work done by CRESO and the publication, stressing how this book immortalizes the history of Dominican sports, not only by narrating it. He showed his immense satisfaction because the book renders homage to the history of the Dominican Olympic movement and its great achievements. He made a recount of all the medals won throughout time and gave credit to the trainers, federation leaders and medical staff that have committed body and soul to training and grooming all Dominican athletes so they can aim to the stars when abroad.

During the act, Vicini and Mejía Oviedo delivered a copy of the book to Danilo Díaz, Minister of Sports; then called numerous athletes present at the event to introduce the book. Among them: Félix Sánchez, Félix Díaz, Gabriel Mercedes, Luisito Pie, and also the Pan-American and Central American medalists Wanda Rijo, Victor Estrella, Yuderkis Contreras and Beatríz Pirón, among others.