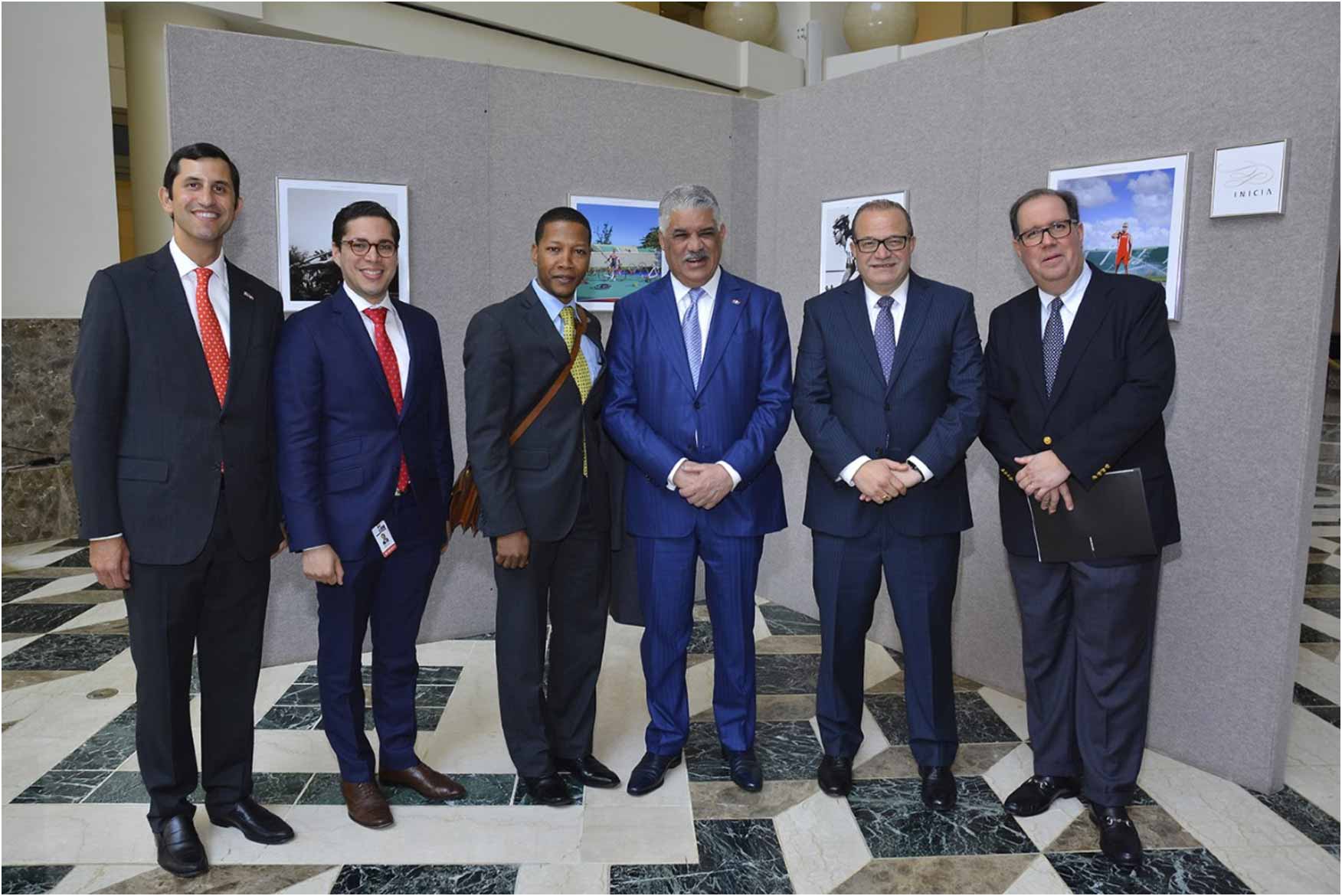 Washington, D.C.– The atrium of the Inter-American Development Bank (IDB) headquarters hosted the new photo showcase for the book “GLORIES: Going for the Gold” and “The Inclusion Games” as part of the formal launch of the 25th Dominican Week in the US (SemDomUSA), an initiative led by the American Chamber of Commerce of the Dominican Republic (AmChamDR).

The exhibit is based on the most recent publications by INICIA, launched in December 2016, which are tribute to the Olympic Pan-American and Paralympic national athletes. Both publications were edited on occasion of the 70th anniversary of the creation of the Dominican Olympic Committee.

During the event, the chairman and managing partner of INICIA, Felipe Vicini, referred to the showcase as “our effort to distinguish those heroes that make our nation proud in every competition for which they represent their country. Because it is our Olympic Glories who are the true protagonists of this story.”

Vicini also explained to the attendees how the CRESO program works, by investing directly in 78 high-performance athletes, all of them Dominican-born, and the reason why a meeting was sustained between the IDB and Georgetown University with hopes to expanding the CRESO program.

The Olympic medalist Gabriel Mercedes spoke during the event and expressed his gratitude on behalf of all Dominican athletes for this recognition abroad.

The exhibit will remain open to the public until May 19th. “This will allow hundreds of people from different countries and nationalities, including the Dominican diaspora in DC, to learn more about our GLORIES, their history, and to appreciate the fine work that everyone involved in this book achieved as result,” Vicini concluded.

ABOUT DOMINICAN WEEK IN THE U.S.

For 25 years, Dominican Week in U.S. has highlighted the values of Dominican patriotism in prestigious scenarios of the business, cultural, academic and political sectors. The activity contributes to enhancing the international reputation of the nation and its nations, throughout an intense activities program that gathers key personalities.

Tweets by @FelipeVicini
PrevPreviousTHE D.R. “OLYMPIC GLORIES” HAVE ARRIVED TO THE IADB ATRIUM
NextDR Olympic Glories Make Their Way to the IDB Atrium in DCNext
Scroll to Top