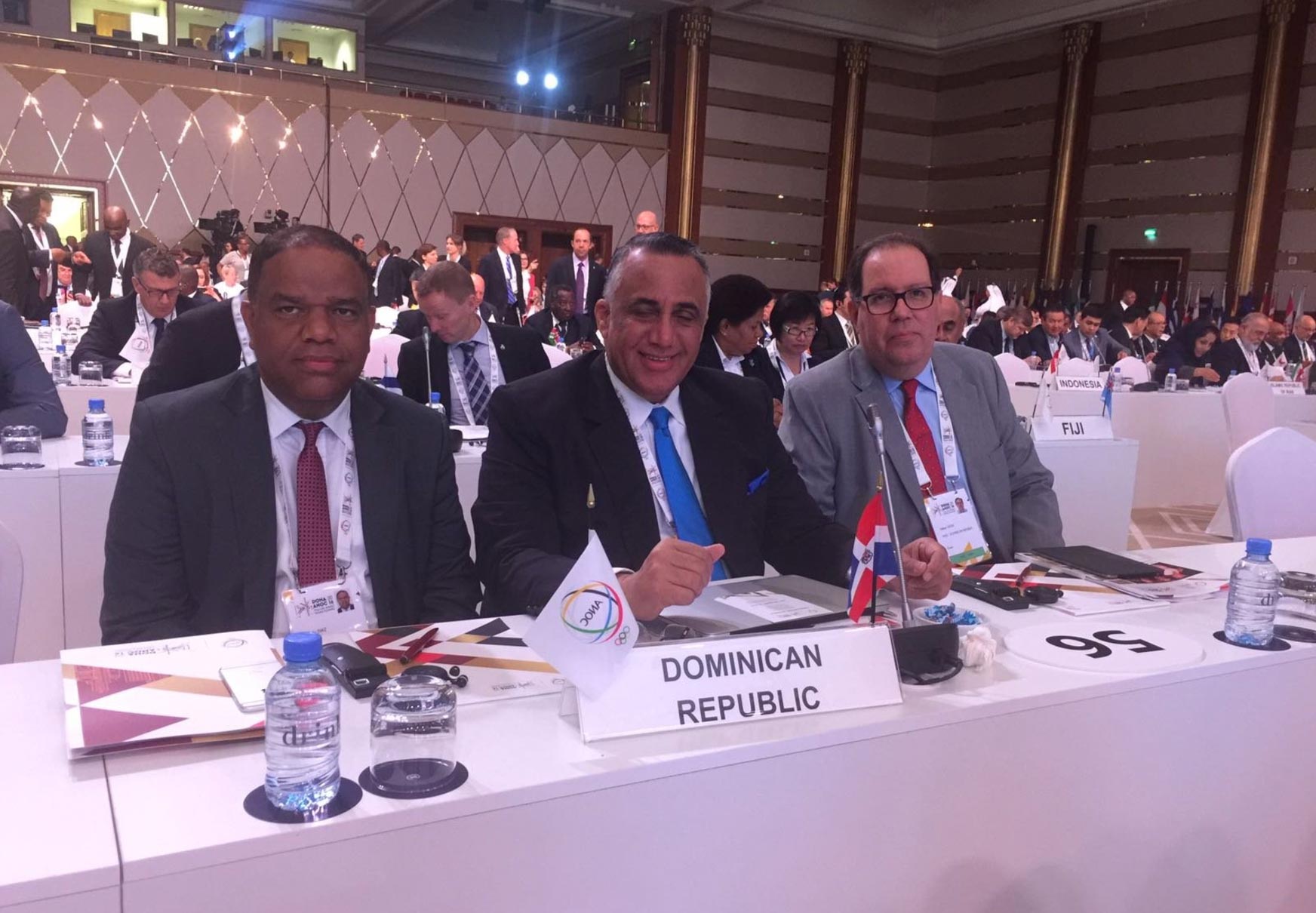 DOHA, QATAR.- The high-level tripartite commission from the Dominican Republic that assists the assembly by the Association of National Olympic Committees (ACNO) taking place in Doha, Qatar, hosted a series of bilateral meetings with different organizations, pursuing to establish several agreements that benefit sports in the Dominican Republic.

The meetings were held with delegations from Japan, Italy, as well as the chairpersons of the International Federations for Weightlifting, Baseball and Softball. Details of those agreements will be disclosed by the committee members upon their return.

“We’ve had a very tight, but at the same time a highly productive agenda in benefit of Dominican sports”, Mejía Oviedo informed by phone.

These meetings also featured the participation of the Dominican Ambassador to Qatar, Mr. Hugo Guiliani, who has supported the Dominican delegation attending such an important event, thus gathering 207 countries at the Sheraton Doha Hotel. Also present were executives from the International Olympic Committee and World Federations representing different disciplines.

On Tuesday’s session, Mejía Oviedo made use of the floor to speak about “strategic partnerships” between the Dominican Government through the Ministry of Sports, the private sector by way of CRESO and the COD, in benefit of the National Sports Federations and sports overall.

During this first day, within the framework of the ACNO Assembly Agenda, Minister of Sports Danilo Díaz Vizcaíno confessed to being immensely surprised.

Likewise, the COD chairman seized the occasion to stress about the agenda by the IOC’s chairman, Thomas Bach, who he had the honor of introducing before the ACNO Assembly. The ACNO Assembly ends on Wednesday, but on Thursday, a series of individual meetings will take place by the different continental organizations.

In that order, Mejía Oviedo informed that the ODEPA assembly will be hosted here to learn of the full work program.

Tweets by @FelipeVicini
PrevPreviousOfficial Welcome Reception for the Dominican Delegation in the Rio 2016 Olympic Games
NextImpulsa Forum by Banco Popular Gathers Over 1,000 SMEsNext
Scroll to Top