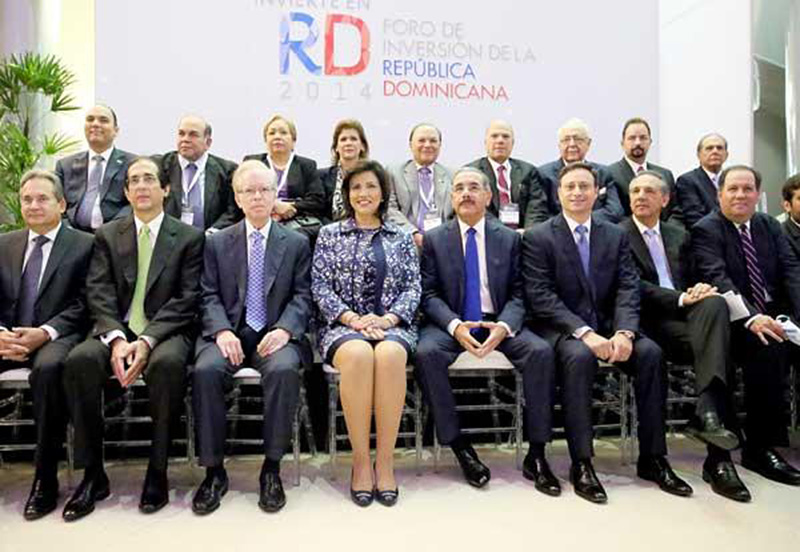 Santo Domingo. President Danilo Medina called upon local and foreign investors to invest in the Dominican Republic, the country that offers the best legal safety climate and the best warranties to increase profit throughout investment.

The Head of State made the calling upon heading the opening act for the Investment Forum “Invest in D.R”, an event coordinated by the CEI-RD, hosted at Blue Mall. Hundreds of local and foreign investors participated in the event. Among the attendees was Dominican businessman, Mr. José Luis Corripio.

“It is greatly satisfying and an honor to rely on the trust that Dominicans, as well as foreign investors living in the D.R, have in our government. This trust grows stronger every day, because we have proven we govern under the same rules for everyone”, said the Head of State.

The forum featured the participation of 250 potential foreign investors who came from over 40 countries, 60 panelists, and over 400 local businessmen and investors. The opening remarks were made by CEI-RD Executive Director, Jean Alain Rodríguez, whom highlighted the advantages the DR features to attract foreign investment and the legal security offered by the country. President Medina was joined by Vice-President Margarita Cedeño de Fernández; as well as Ministers Gustavo Montalvo and José Ramón Peralta. Also present were the Ministers of Industry and Commerce; Agriculture; Energy & Mining, and the Central Bank Governor, among others.

Santo Domingo.- VICINI’s Managing Partner, Felipe Vicini, assured that the Dominican Republic is an attractive destination to invest in, because of the interesting returns adjusted to risk.

Vicini spoke during the inaugural session of the First Investment Forum organized by the CEI-RD, which featured the participation of the Central Bank Governor, Hector Valdez Albizu and businessman José Luis Corripio. The executive guaranteed that VICINI, the asset management firm he represents, is an ideal investment partner in the country, known for managing local companies to serve as recipients of said foreign investments hence making the Dominican Republic a bridge country for regional investments.

During his presentation, the VICINI executive presented several successful examples of foreign investments made in the country, managed by his firm, in different economic sectors. He mentioned Colacem, a company from Italy, which set up the modern Domicem cement plant in the Dominican Republic. Also, the partnership with Pinewood Indomina from the United Kingdom, to develop the most modern film and television studios in the region, Pinewood Dominican Republic Studios. Another partnership that relied on VICINI’s advisory services was Gerdau from Brazil, for the joint venture between INCA and Metaldom, hence creating Gerdau Metaldom, as a leading steel producer in Central America and the Caribbean.