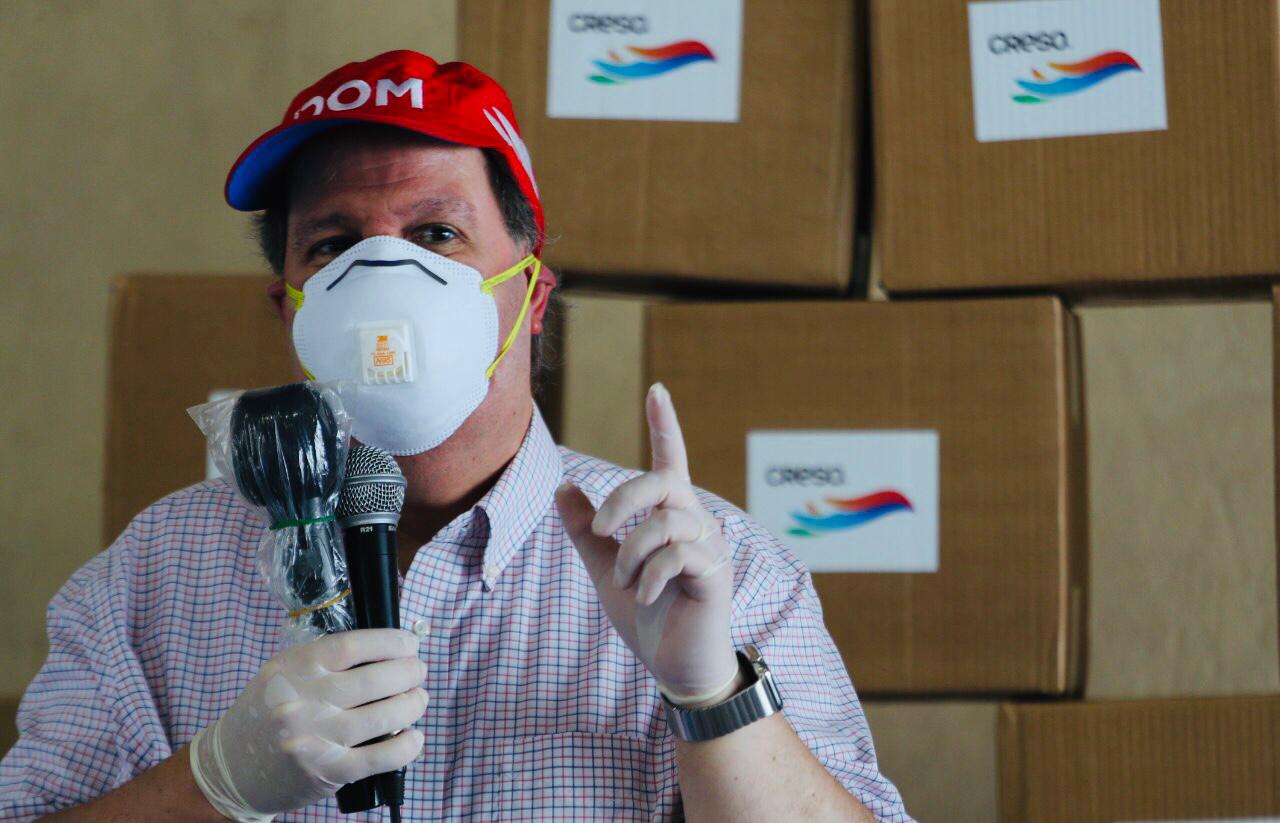 The donated kits contain some 20 necessity food products will be distributed.

The CRESO Program alongside the Dominican Olympic Committee (COD) joined forces to help over 2,000 families in need, by donating food rations in the communities where several high-performance athletes reside all throughout the national territory.

The Chairs for both organizations, Felipe Vicini and Luisín Mejía, headed the donation act which took place in the Olympic Hostel where they explained that the rations under distribution will be donated alongside the athletes and presidents of the member federations among families in need that were directly impacted by the coronavirus crisis.

“This is the second outreach initiative headed by the COD, now in partnership with CRESO, and many more independent collaborators whom have helped selflessly, to try and reach out to as many families nationwide as possible with the aim of sending a message of hope in these communities where our athletes reside”, Mejía expressed. Meanwhile, Vicini thanked several of the CRESO partner companies for joining in on this outreach initiative.

“Grupo SID, Grupo RICA through Fundación RICA, INICIA and other companies joined in immediately to support the idea to aid our athletes, our sports heroes, who are also leaders in their communities. Through these initiatives we foster them to build their social legacy”, he expressed.

The kits contain around 20 necessity food products and will be distributed among disperse communities such as Cabarete, Barahona, San Pedro de Macorís, San Juan de la Maguana, Santiago, Santo Domingo, and others. Mejía and Vicini explained that the federations have also partaken in the delivery operations to coordinate the logistics for efficient distribution.