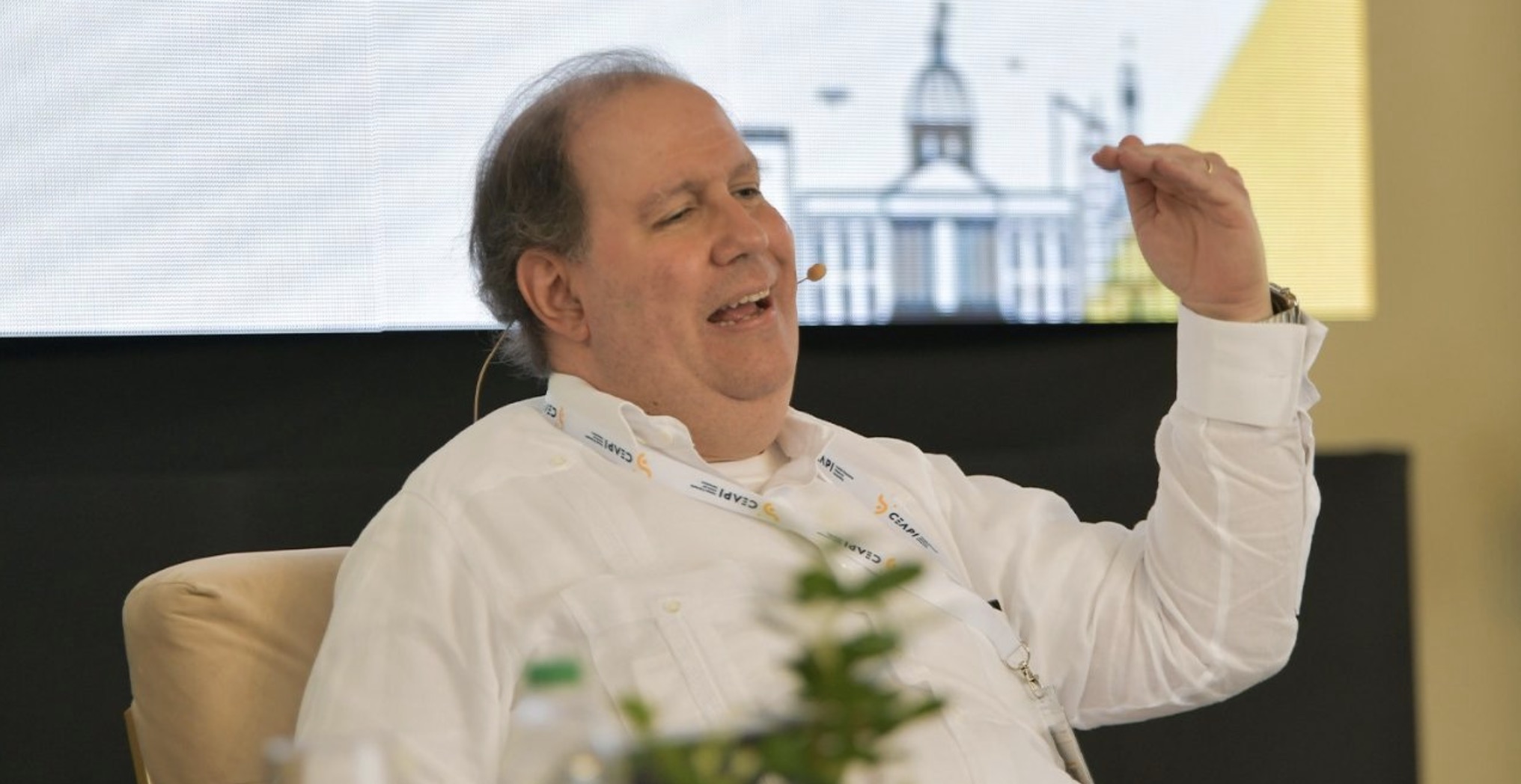 EL NUEVO DIARIO, PUNTA CANA – The businessman and managing partner of the INICIA group, Felipe A. Vicini, called on Thursday to promote the Dominican Republic through the production of film series, as other countries have successfully done.

“I have told this to my friends in the tourism sector, because as you know, cinema has a cross-cutting nature, it promotes our tourism, our country”, said Vicini when interviewed by Eva Cebria, director of Eva Films, a Spanish production company, during the 5th Congress of the Business Council Alliance for Ibero-America (CEAPI), which is being held in Punta Cana.

To justify his request, Vicini recalled that before the start of COVID-19, the BBC filmed a series about the end of slavery in Jamaica, and that when people watched it, they reacted with admiration, thinking that those beautiful sceneries were from Jamaica. 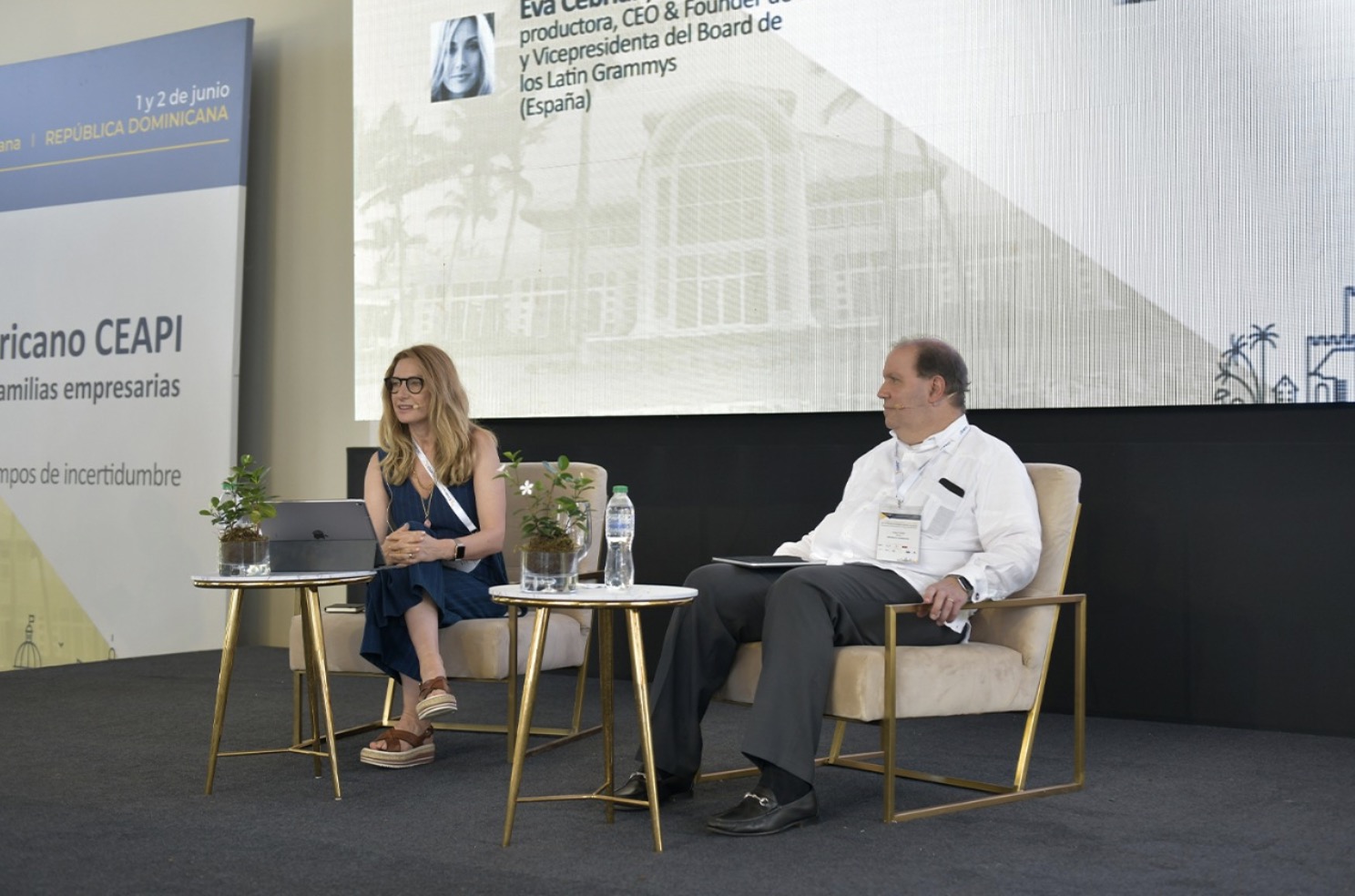 “Everyone said: ‘Wow, I didn’t know Jamaica was so beautiful!’ and we had to tell them it’s not Jamaica, it’s the Dominican Republic,” he said.

In this regard, he said that this advantage should be seized and to continue working with the tourism industry, “because there is no greater promotion for the country than this one”.

“Gentlemen, I have told Mr. Frank Rainieri many times, Hawaii in 1967 attracted a lot of tourists. What happened? A series that you all know called Hawaii 5.0 was released in ’67, and that boosted tourism in Hawaii,” he said.

Vicini recalled that this series was highly criticized at the beginning, but in the end, it succeeded, because people became interested in visiting the beauties of that country.

He stated that the same thing happened in Miami with the “Miami Vice” series, which, according to the businessman, brought South Beach back to life, “which was nothing before 1985.”

At the end of the interview, he called on the hoteliers present at the forum to invest in infrastructure in the tourist area of Juan Dolio, where, in his opinion, available rooms are always fully booked.

“Juan Dolio is full, there is great potential for investment there, not to take credit away from Punta Cana, but we need more rooms,” he emphasized.

Highlighting the quality of the Dominican labor force

During the interview, the businessman highlighted the talent that currently exists in the Dominican film labor force, which has resulted in a much lower number of foreigners involved in production every time a production is shot here.

“When production companies come to film a movie that includes underwater scenes they bring their crew from Hollywood, and when they arrive here they realize that the people we have here, the divers who also do underwater filming, are equally or better qualified than theirs, so they decide to keep the local crew,” he said.

Vicini said that this progress has also partly been due to the program he created when he decided to set up Lantica Media film studios, called “Caribbean Film Training”.

He pointed out that the progress in the film labor force is creating a large number of direct jobs in the country.

The film law has been instrumental

Vicini noted that the enactment of Law 108-10 on cinema has contributed significantly to the development of the seventh art in the Dominican Republic.

He stated that this law, in the first place, served to formalize many people who were involved in the industry, but who were doing so without been even registered as taxpayers.

He pointed out that this legislation is for promotion and grants some exemptions to producers, which keeps the industry active during periods when there are no major productions.

“It’s what keeps technicians busy, it’s what indeed promotes the development of the industry,” he said.

He said that prior to the enactment of the law, in 2010, as far as he remembers, only two or three genuinely Dominican films were produced each year, but last year 40 productions were made.

He added that he hopes that this important step can be achieved, while indicating that Marianna Vargas Gurilieva, current head of the Dominican Film Commission, makes an effort to showcase local films every time she attends international film festivals.

During his 30-minute participation, Vicini highlighted the vicissitudes caused to the film sector by the COVID-19 pandemic, recalling that, as a result, and like almost all sectors, he had to shut down his studios, concluding 2020 in a downward trend.

He stressed that 2021 was the year of the bonanza, “where we hosted three major American productions, one of which is now showing, and another shot by Jennifer Lopez that I believe will be coming out soon.”

He assured that they are moving forward and that at present their film studios are operating at 110% occupancy.

He concluded by saying that “the challenge now is to prove that the destination, as Mr. Frank Rainieri said, is resilient, that it is not a temporary matter, that people do not come due to COVID, but because there is an added value to the productions here and that is what we are working on”.

Tweets by @FelipeVicini
PrevPreviousLuis Abinader and Felipe Vicini will open this Wednesday the 5th Congress of the Business Council Alliance for Ibero-America
NextFelipe Vicini: Tourism has rebounded incredibly”; he calls for developing a plan to attract sports tourismNext
Scroll to Top