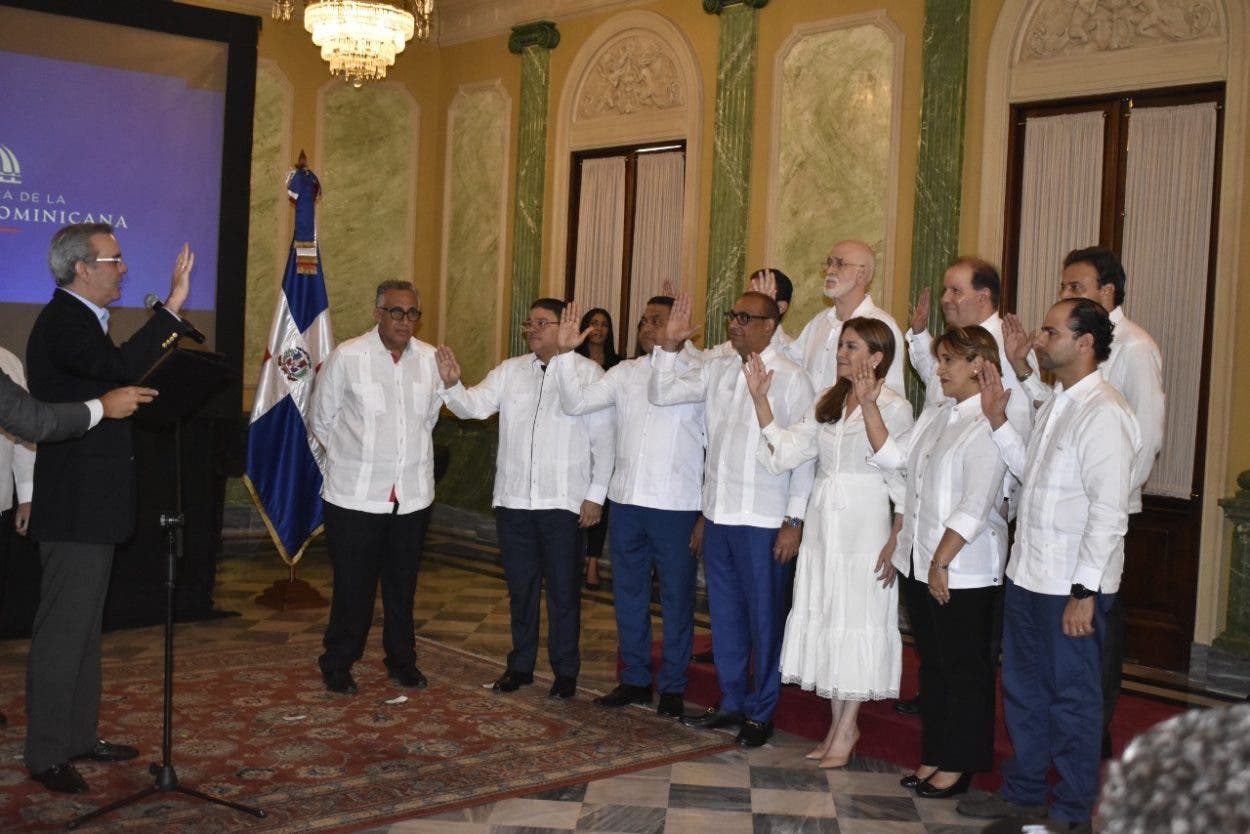 After being sworn in, the President told the Organizing Committee members that the Government will provide all the support needed to achieve the objectives of a successful Central American and Caribbean Games.

Santo Domingo.- President Luis Abinader swore in on Friday the members of the Organizing Committee for the 2026 Central American and Caribbean Games in a ceremony held at the National Palace, in which he expressed the Government’s support for the organization of this major regional sporting event.

After the swearing in, the President told the members of the Organizing Committee that the Government will provide all the support needed to successfully achieve the objectives of the Central American and Caribbean Games.

Monegro said that it is a very rewarding challenge for the members of the Organizing Committee because they will have to coordinate the good will of eleven million Dominicans to organize an event with an optimum level of quality.

He pointed out that the organization of the event will be based on four pillars: aesthetic quality, austerity, integration and transparency.

“These games will be eye-catching because we Dominicans have demonstrated that when we join forces we are capable of doing great things; austere because we are a developing country, in the process of recovering our economy, so we must spend efficiently, invest in what should be invested, without waste,” said the president of the Organizing Committee.

With regard to transparency, he stated that the country has advanced in citizen awareness, so there is a commitment to transparency in public actions and that they are subject to public scrutiny.

As to integration, he further explained that the Central American and Caribbean Games are an opportunity for Dominicans to unite their wills around the same objective.

The swearing-in ceremony was attended by the Administrative Minister of the Presidency, José Ignacio Paliza; the Administrator of Banco de Reservas, Samuel Pereira and the Director of Customs, Eduardo Sanz Lovatón.

The president of Centro Caribe Sport, Dominican Luis Mejía Oviedo, stated that the strong support given by President Luis Abinader to the request for hosting the games was fundamental to obtain it in a unanimous manner as it happened.

He pointed out that the members of the organization are fully confident that the Dominican Republic will excel in staging a top-level event. He recalled that the 25th Central American and Caribbean Games to be held in Santo Domingo in 2026 coincide with the 100th anniversary of the founding of Centro Caribe Sport, which is the oldest regional sports organization in the world.

“As a Dominican and chairman of Centro Caribe Sport, I am proud that our country is hosting an event of this magnitude. I remember that the 12th Central American and Caribbean Games that were hosted in the country marked the awakening of sports in the country, and now we are certain that the 2026 Games will mark a milestone in the country’s sports history.